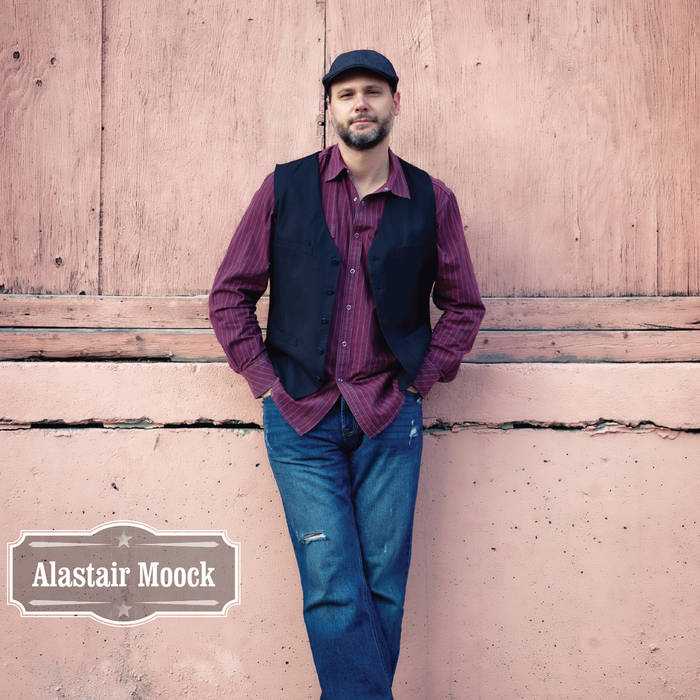 Boston-based singer-songwriter Alastair Moock Moock first made a name for himself on the folk and Americana circuit starting in 1995, touring throughout the U.S. and Europe and playing major venues including the Newport Folk Festival and Norway’s Bergen Music Fest. He won songwriter contests at the Falcon Ridge, Sisters, and Great Waters folk festivals and was nominated for a 2007 Boston Music Award for Outstanding Singer-Songwriter of the Year.

Still, critical success did not translate into commercial success. When his twin daughters were born in 2006, Moock concluded it was time to move on. As his swan song, he decided to make one more album: a tribute both to his own newborn daughters and to a generation of musical heroes – Woody Guthrie, Leadbelly, Pete Seeger, Mississippi John Hurt – who wrote and played, proudly and undiscriminatingly, for both adults and kids.

The album, A Cow Says Moock, became Moock’s most successful project to date. It led to three more family albums which together garnered most of the top awards in American children’s music, including a 2013 GRAMMY Nomination for the album he made with his daughter, Clio, after she was diagnosed with leukemia (she’s now healthy and doing great).

Moock never stopped playing concerts for adults, but he did have a long dry spell where new ‘grownup’ material just didn’t seem to come to him. The spell finally broke last year when he realized he needed “to get past the songs of my 20s and 30s and start writing from the perspective of who I am now: a father, a husband, a guy who’s been through some stuff.”

He brought his new material to his old friend Mark Erelli (Lori McKenna, Josh Ritter) who signed on as producer and brought in some of the top talent in the area, including Marco Giovino on drums (Robert Plant, Buddy Miller) and Marty Ballou on bass (Peter Wolf, John Hammond Jr.). The end result is ten shimmering new originals, plus a cover of an Erelli tune, that evoke a wide breadth of American musical textures: early Nashville, country blues, Western swing, a tinge of gospel. But most of all, the album is infused with the kind of intimate storyteller’s approach at which Moock excels.

The songs on ALASTAIR MOOCK touch on death and love, politics, marriage and family, big universal questions and minute everyday observations. It’s a hard album to pin down, but then Moock has always been a hard songwriter to pin down. “I don’t care who I’m singing to,” he says, “I just want to tell stories.”